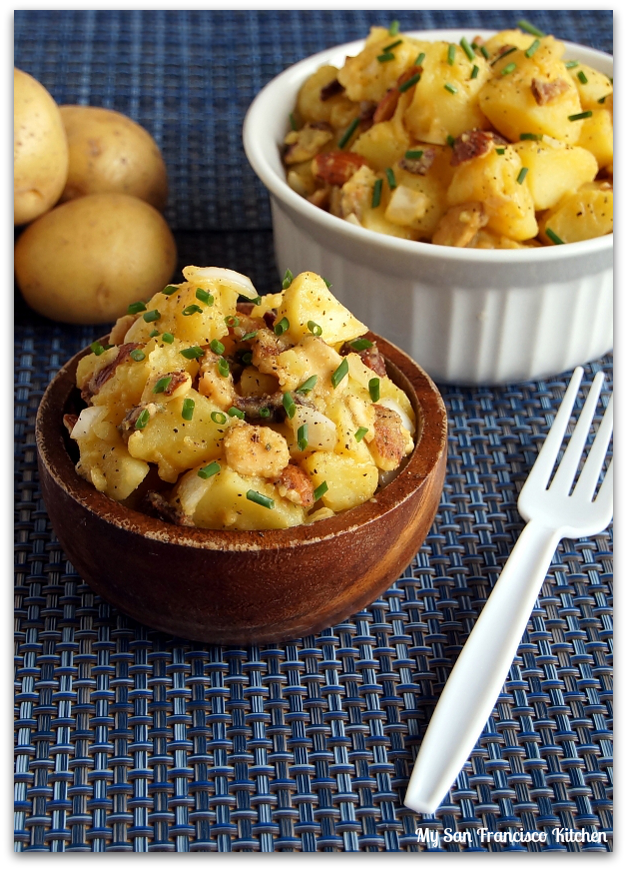 I used to love eating potato salad during summer gatherings, especially since my mom makes a mean potato salad…that is, until I found out how fattening it is! I guess potato salad is no different in that regard than everything else that tastes good. I still love it, but never let myself indulge the way I used to. I was thrilled when I found out in Southern Germany they have a potato salad recipe that doesn’t use mayonnaise! Although potato salad is carb-heavy, it makes it so much less fattening without the mayo. Instead, they use a light mustard vinegar dressing, and allow the potatoes to soak up vegetable broth that gives them a great flavor. This is an authentic German potato salad recipe, thanks to my mother-in-law for the great tips! The bacon is optional. I also used sour cream and onion almonds from NatureBox to give my potato salad some crunch and extra flavor. Remember, it is important what kind of potatoes you use for potato salad – I found that Yukon gold potatoes do not fall apart very easily and worked really well for mine. 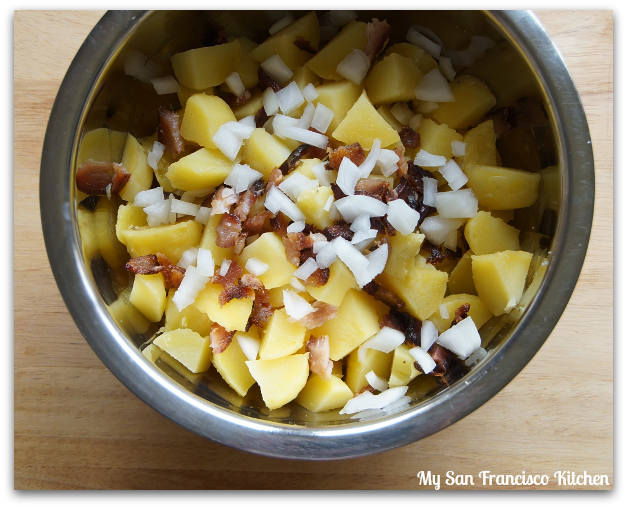