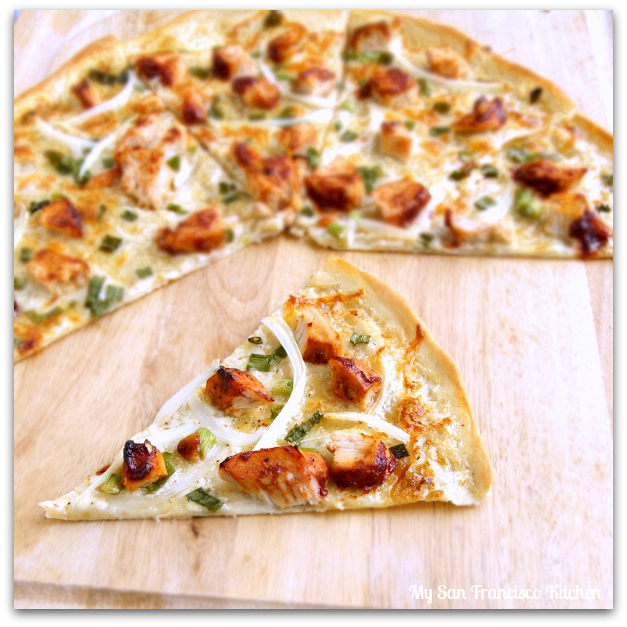 There are only a few recipes that I know by heart, and pizza is one of them. I am always so impressed by people who can whip up a perfect meal without even looking at a cookbook. No matter how many times I cook a certain recipe, I rarely memorize it. My iPad is always at my side when I am in the kitchen!

I have been wanting to try a BBQ chicken pizza recipe for a while, but the problem is that I don’t like red onions, and my husband doesn’t like cilantro, two ingredients you usually find on BBQ chicken pizzas! Instead, I came up with my own version and used thin slices of yellow onion and green onion. I also used creme fraiche for the base, which you don’t typically find on traditional BBQ chicken pizzas, but I thought it went really well! If you want to make a lighter version, leave out the creme fraiche and just spread a thin layer of olive oil on the dough before topping with light shredded mozzarella cheese. I LOVE thin crust pizzas because they get nice and crispy in the oven, and by making thin crust pizza you cut down the carbs quite a bit.

I can’t believe it is Monday already! The weather was pretty gloomy this weekend in the city, so we had a relaxing weekend at home (except for a fun trip to IKEA today for some “window shopping”). Have a great week! 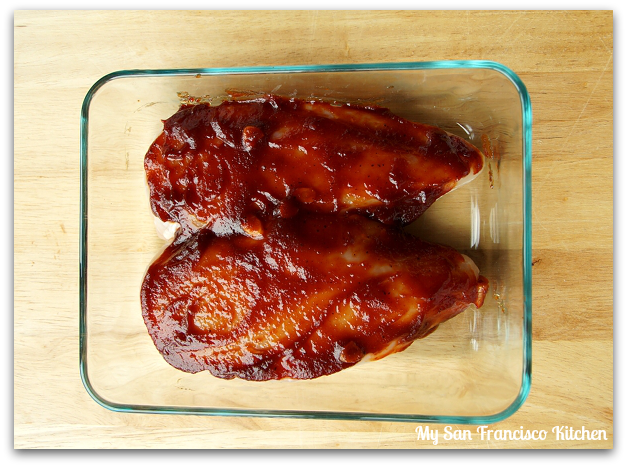 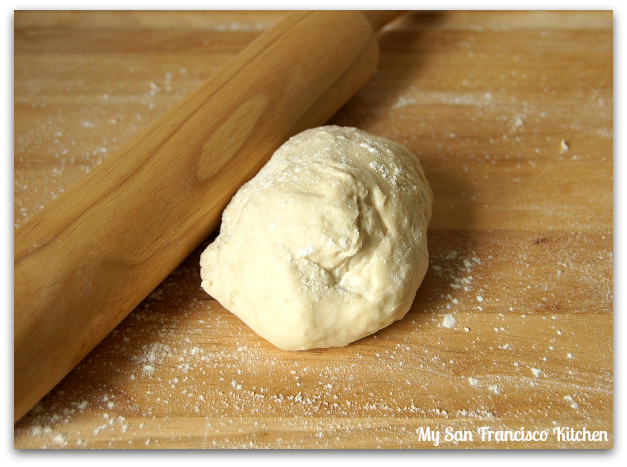 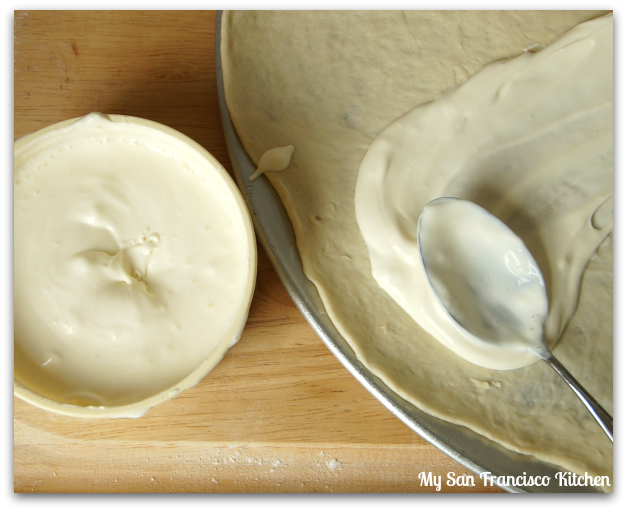 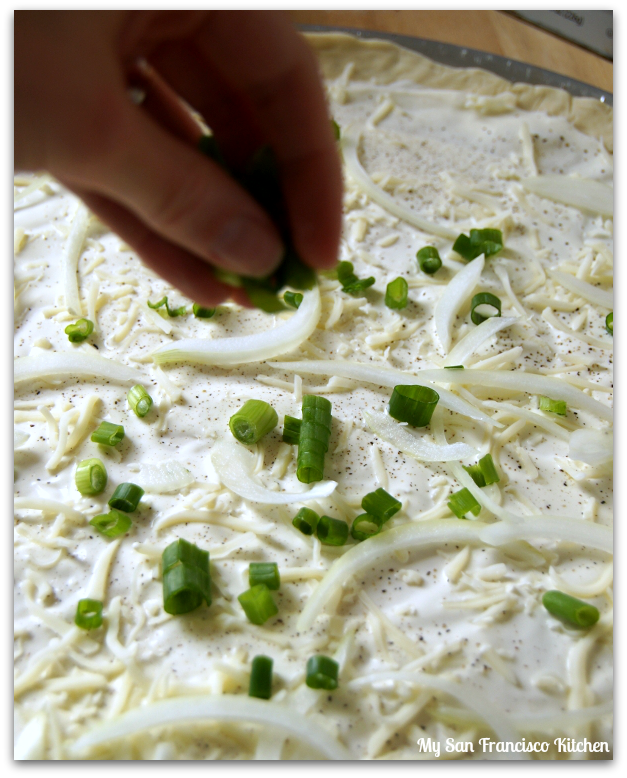 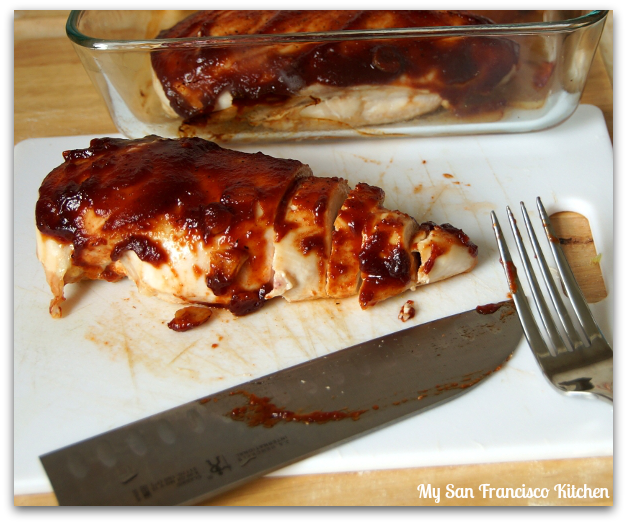 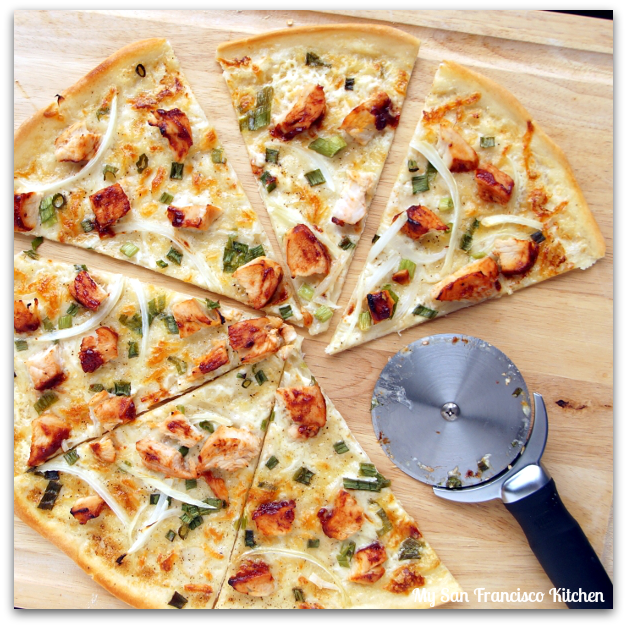