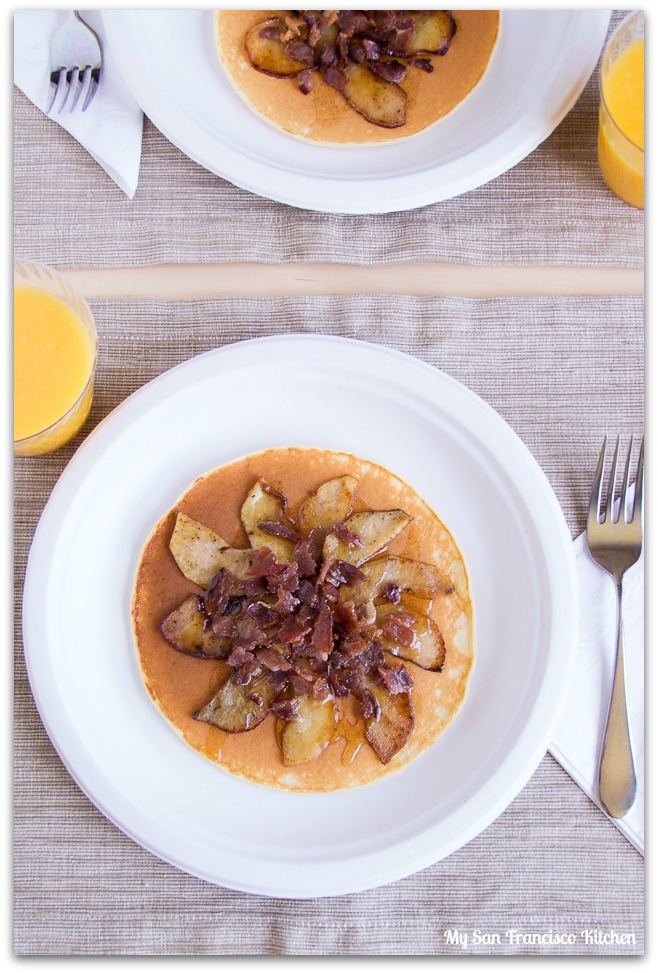 I could eat pancakes for breakfast every day.

Remember how I told you I had a bazillion photos to shoot last week? This is probably my favorite – bacon and apple pancakes. I shot these photos for Chinet® (see the recipe on their website here), and afterwards scarfed these delicious pancakes down all by myself. Whoever said bacon tastes good with everything was right…the combinaton of bacon with carmelized apples is incredible! So far since living in San Francisco, I have tried bacon sprinkled on donuts from Dynamo, bacon cupcakes, and chocolate covered bacon. I guess bacon and apple pancakes make the most sense, since people usually eat bacon with pancakes anyway!

This week we have been showing family around San Francisco. It is always fun playing a tourist and going to all of the fun spots in the city that we usually don’t have time for, especially on week days when it isn’t so crowded. Yesterday we rode our bikes across the Golden Gate Bridge, and went to two really good restaurants – one in the Marina District called Pacific Catch, and the other on Union St. called Leopold’s. Oh yeah, and in Sausalito (our destination over the bridge) I ate a huge amount of Kauai Pie ice cream at Lappert’s.

Even though we did a lot of biking, I ate more than I burned off for sure! Oh well 🙂

What are the best pancakes you have ever had? 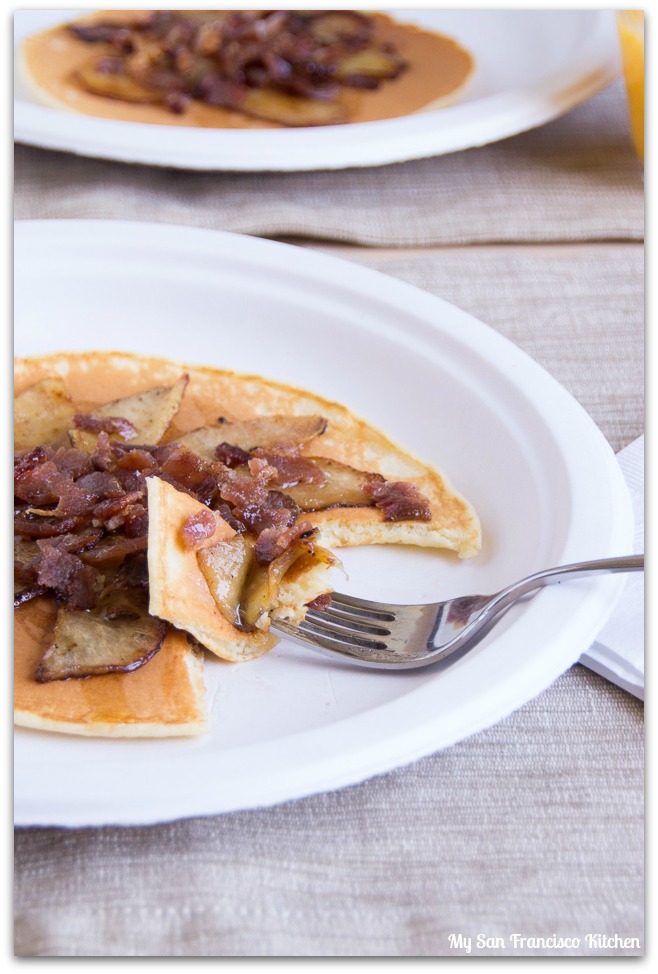