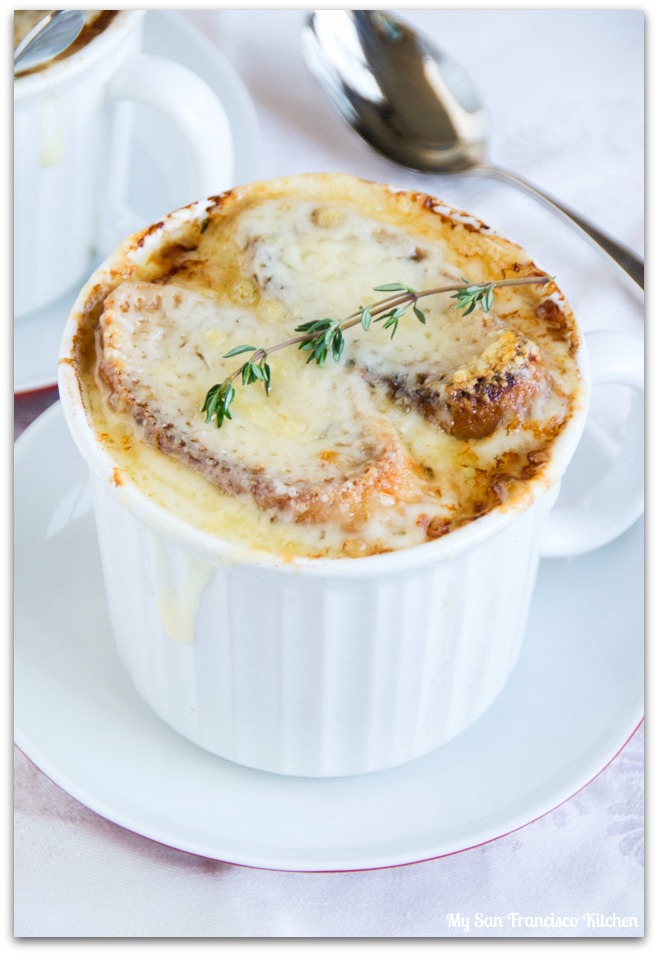 I know what you might be thinking…SOUP, in the SUMMER? Well, it has been close to freezing here in San Francisco the past few weeks so it feels like winter to me! When I first heard about onion soup, I had no interest in trying it at all. I thought a soup containing only onions sounded extremely boring and was very unsure about the taste! Recently, we were in Carmel dining at a fine restaurant (thanks to Fabi’s brother for such a nice gift), and Fabi suggested we try the onion soup. My immediate reaction was to try something else, but after some convincing we took the onion soup. I was completely surprised at how much I liked it! It was so flavorful! I wanted to make it again at home, and found this five star recipe from Tyler Florence of The Food Network. It, of course, turned out to be a five star recipe in my book, so I wanted to share it with you.

The broth is flavored with fresh thyme and red wine, and the tender onions go so nicely with the melted Gruyére cheese over a crispy slice of baguette. Mmmmmmm…. 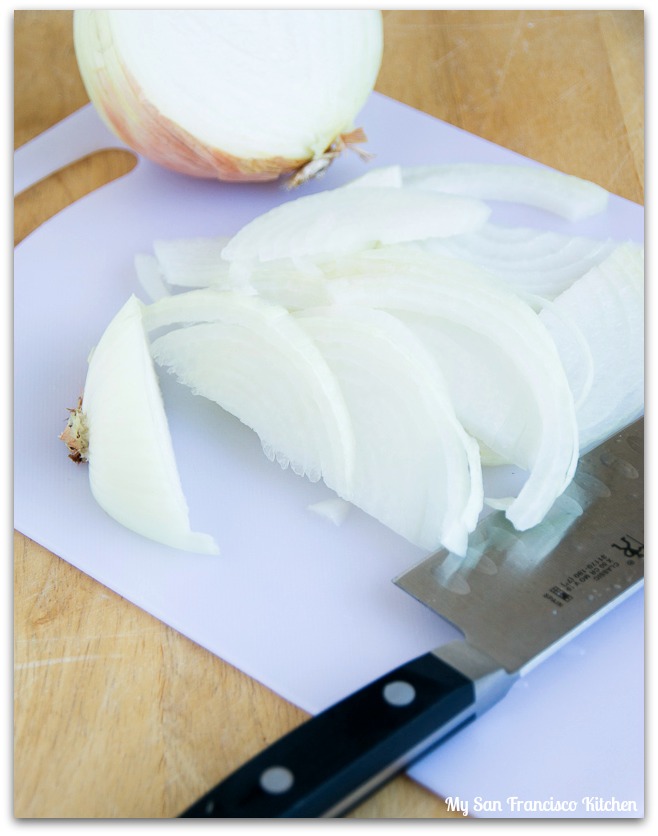 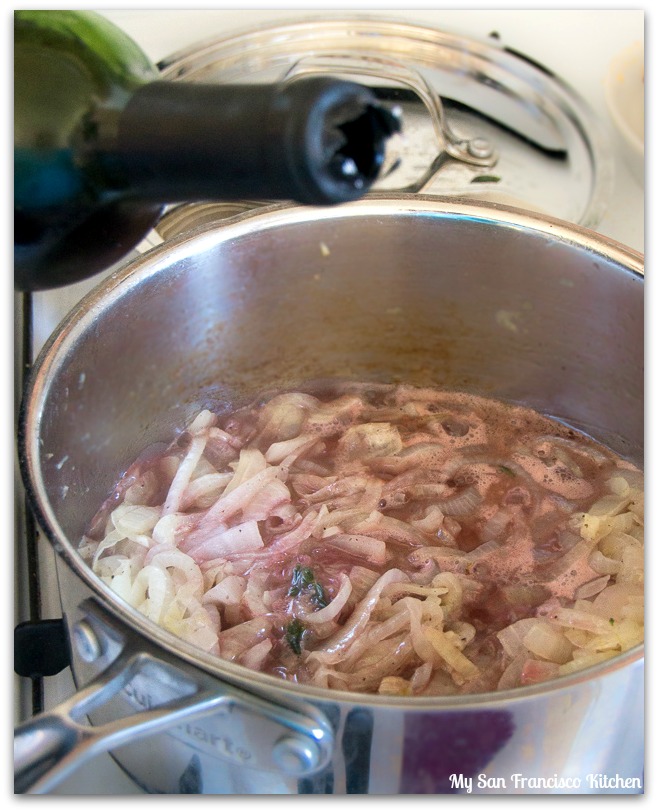 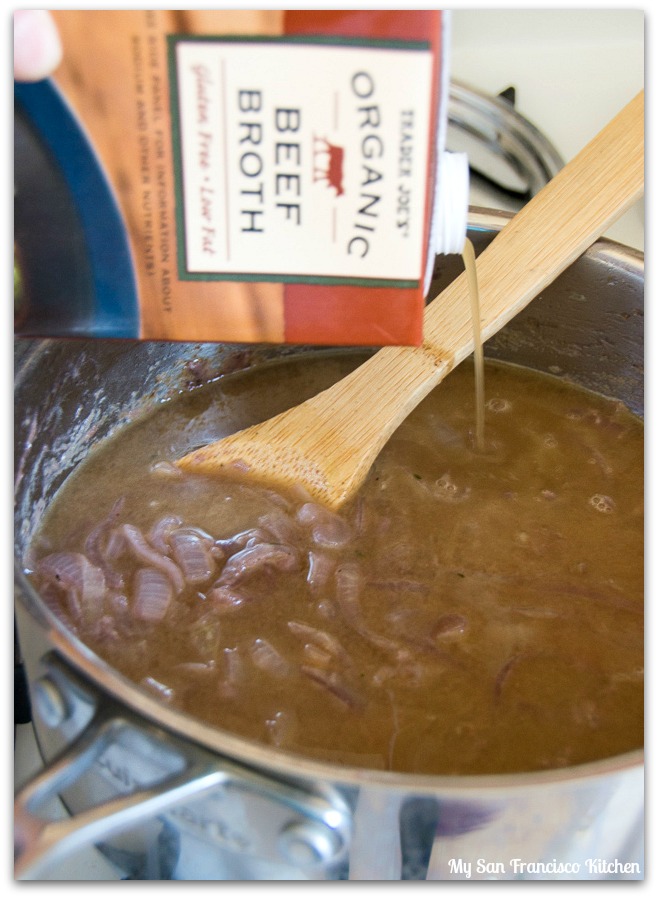 I am off to my Zumba class! Yes, it is official, I am now Zumba addicted! It is just such a fun way to work out 🙂