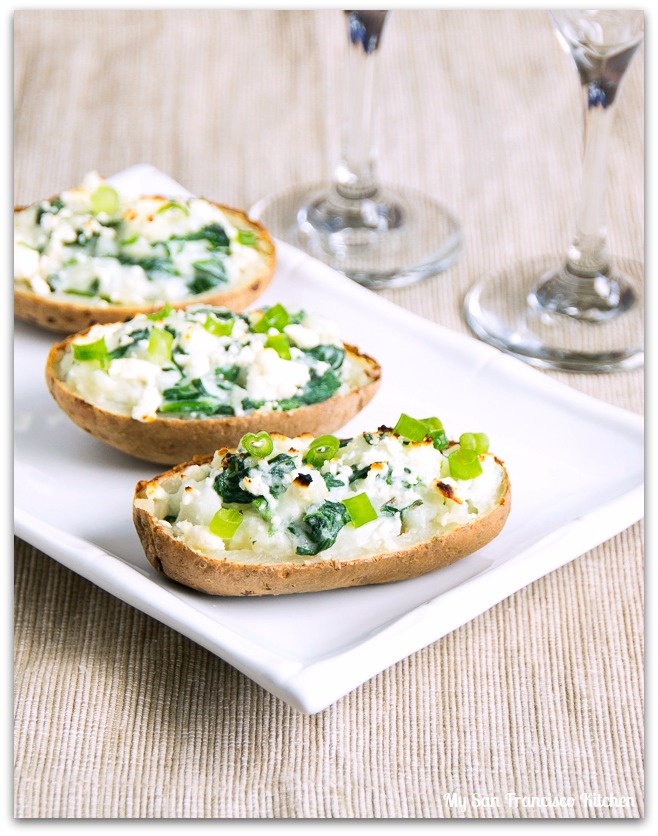 This twice baked spinach potatoes recipe is a result of having a large bag of potatoes in my kitchen and wanting to use them for something a little non-traditional… I found this recipe in Cooking Light magazine, and luckily had some extra spinach in my refrigerator too! These potatoes are baked in the oven for an hour, then carved out to create shells. The scooped-out potatoes are used to make a mashed, creamy, spinach filling. Then, the potatoes are baked once more time for about 15 minutes and topped with fresh chives. These make a great appetizer or side dish!

First, wash your potatoes and dry them well. I like to eat the skins, but only after scrubbing the potatoes very clean. 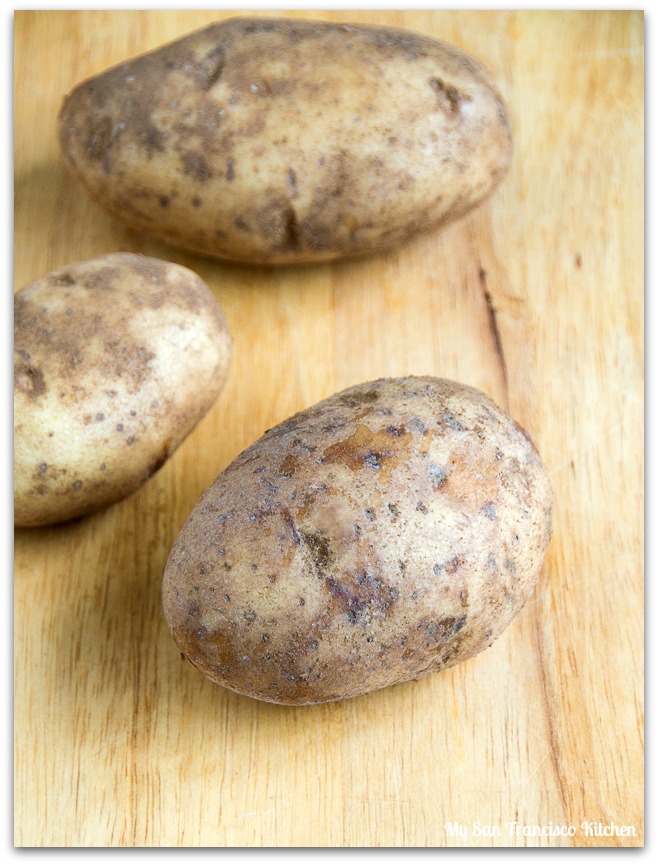 Bake the potatoes for about 1 hour and 15 minutes. Meanwhile, cook the spinach in a tiny bit of water, just until wilted. 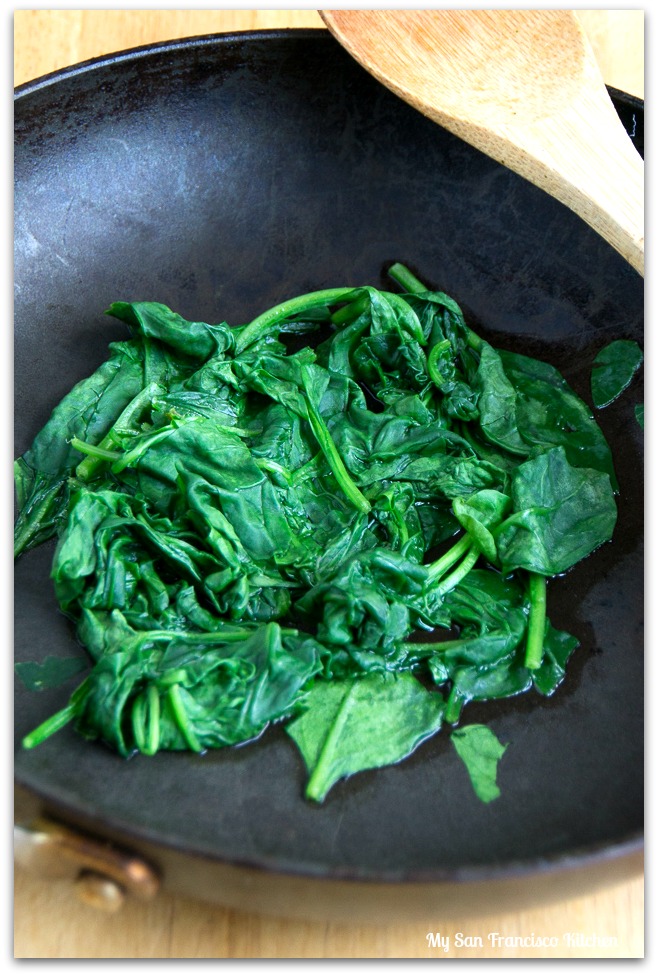 Once the potatoes are baked, slice in half and carve out the insides. Mix with the spinach and other ingredients before refilling the potato shells. 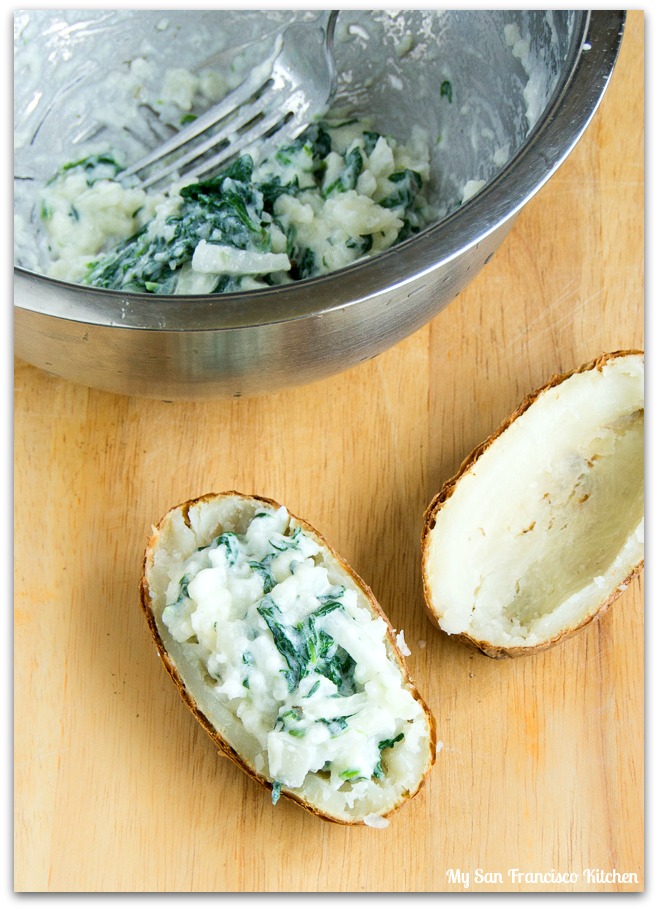 Top with feta cheese and bake for 15 minutes. 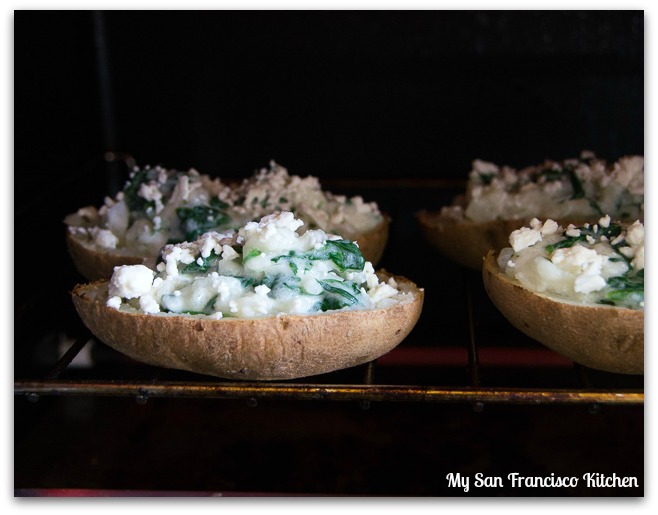