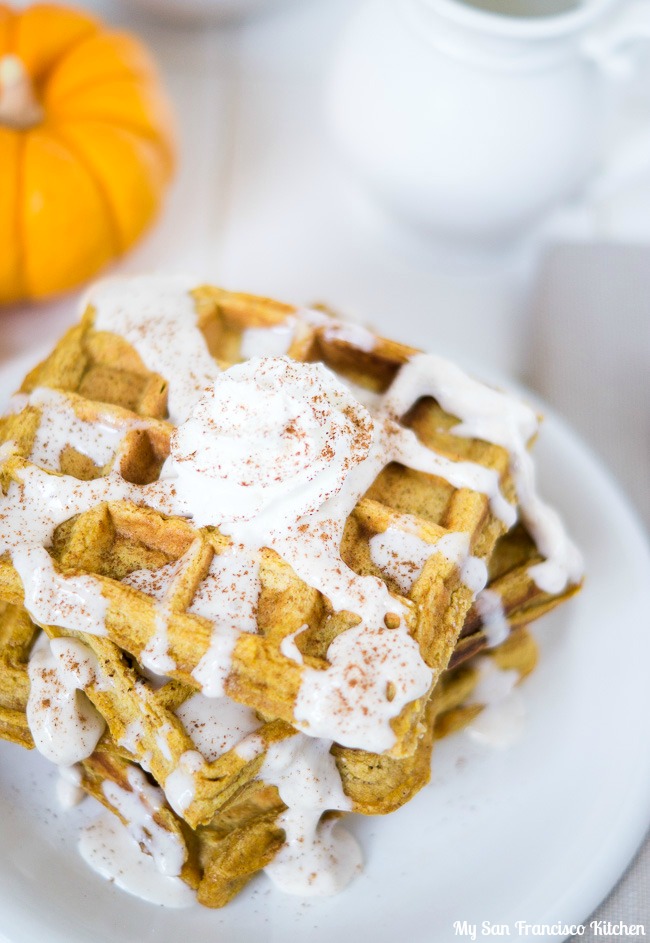 It happened. I finally caught the pumpkin fever that has been going around. I was doing so good resisting, but then I walked into a huge wall of organic pumpkin staring me down as I walked into Trader Joe’s grocery store yesterday morning. I just so happened to be craving some waffles for breakfast, and adding some pumpkin just sounded too good not to make! Then, these pumpkin waffles happened.

I didn’t stop there. These whole wheat buttermilk pumpkin waffles should have been enough with a drizzle of maple syrup, but not for me. I was dreaming of my pumpkin waffles lathered in a sweet cinnamon cream cheese glaze. Let me just say, it was totally worth it.

These pumpkin waffles are definitely my favorite Fall breakfast, ever.

What is your favorite pumpkin recipe to make during the Fall season (or any time of the year)?

Here are a few of my favorite pumpkin recipes made in My San Francisco Kitchen: 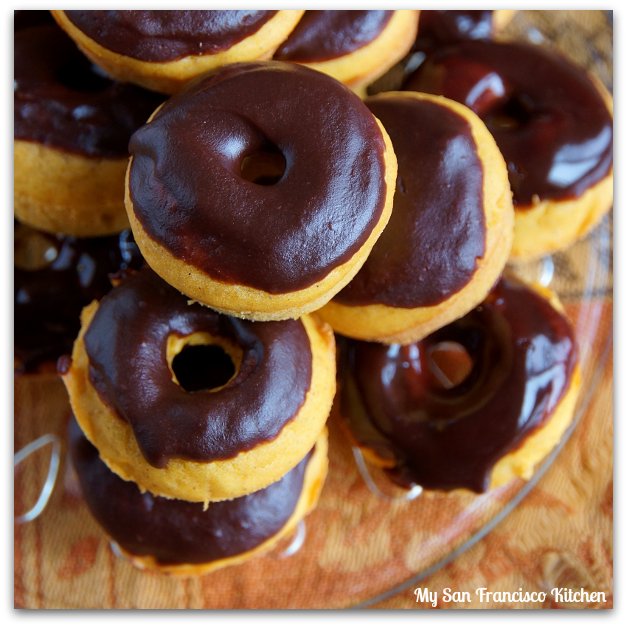 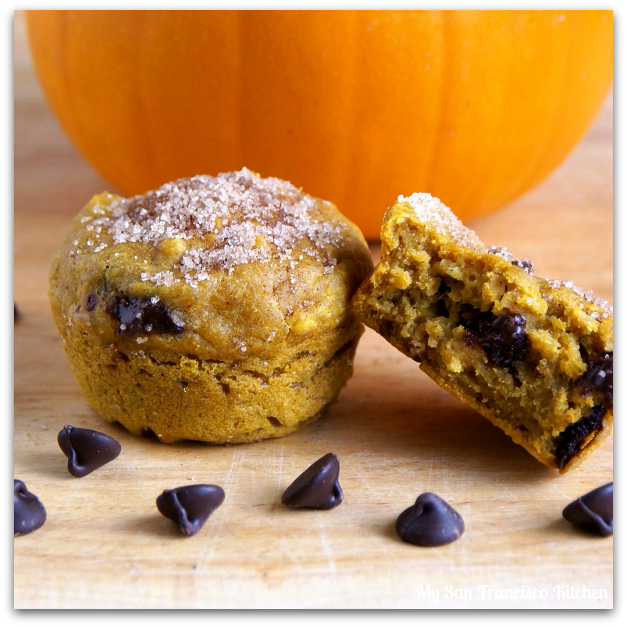 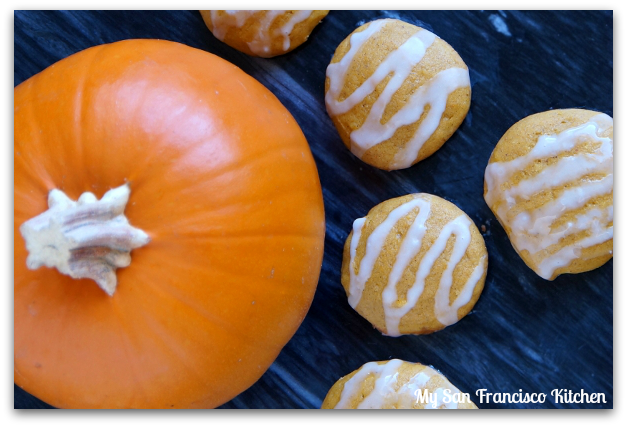 Have I given you the pumpkin fever yet???? 🙂

OK, back to these delicious buttermilk pumpkin waffles! You can control the thickness of the cinnamon cream cheese glaze by adding more or less milk. 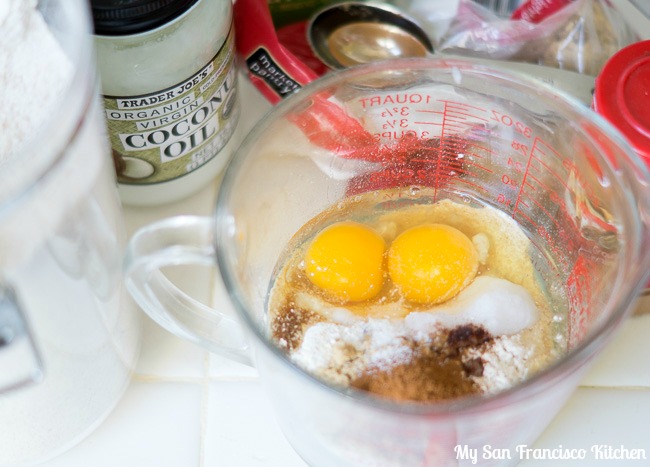 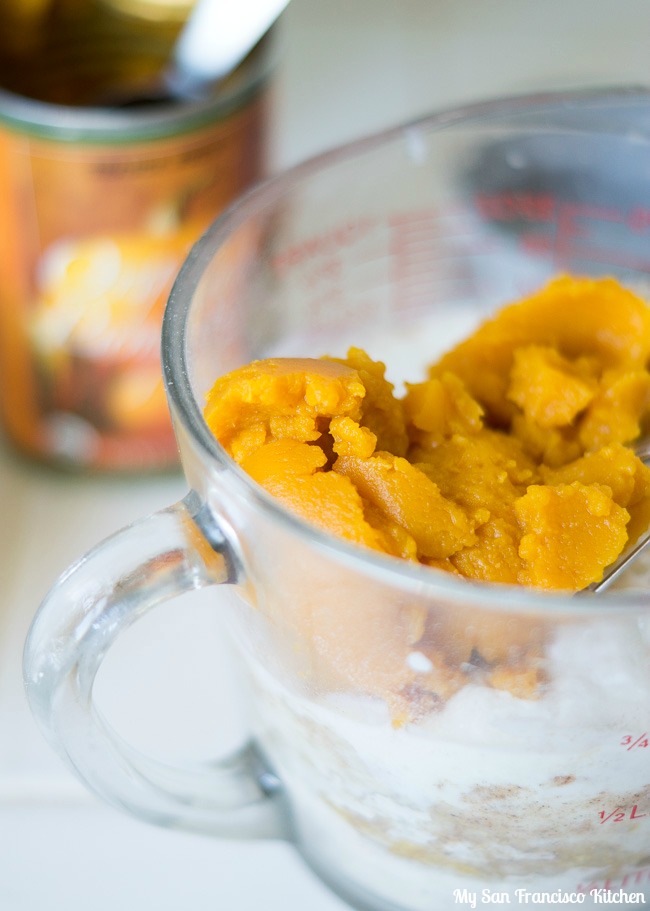 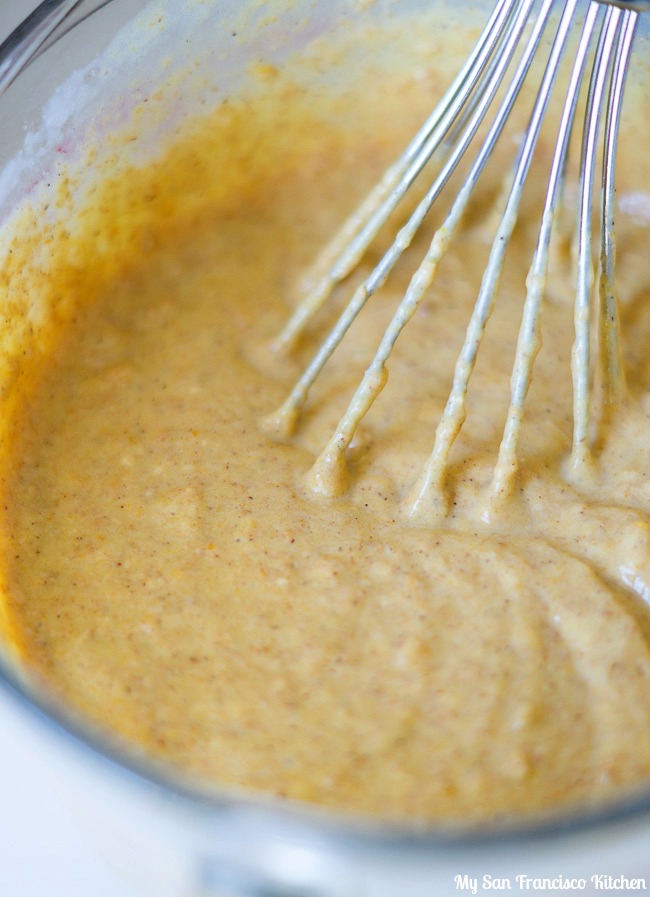 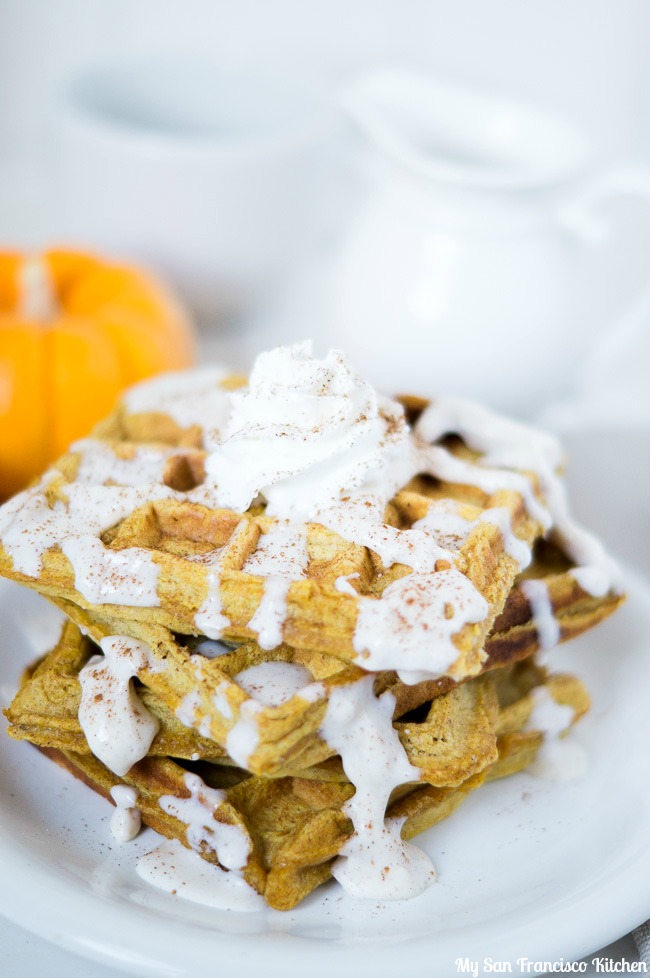 Did you make it? I’d love to see! Snap a pic and share via #mysanfranciscokitchen, or tag my social media sites!